“JOE SEFEKAR’S INSPIRING STORY OF AN IMMIGRANT’S CONTRIBUTION TO THE HEALTH, WELFARE, AND ARTS OF UNITED STATES.”

As indicated in the last blog posting, I am reaching out to elicit, discuss similar blog postings related to topics that are covered in American Dreamer such as contribution to the United States in the areas of Military Service, the Arts, and Entertainment, heroes, dream builders, community icons.

We will be promoting the book through a number of avenues. Once the book is ready for print, I will take flight to have as many opportunities to follow-up on pursuing whatever it takes to make this a compelling seller; podcasts, videos, webinars, snippets. interviews, etc.

It has been a most exhilarating year and a half providing excerpts from the book, learning the ropes on blogging and social media climbing.  I believe this has created a stronger base for this book reaching possibly thousands of interested readers. The printing of the book will require a good outlay of capital and the purchasing of the book a good investment of one’s capital.  As indicated above, my efforts and that of my colleagues will be focused on final draft edits and manuscript preparation and with the main objective; a printed copy in a month.  That being the case, I will keep you abreast of the progress in an updated blog posting the end of this month.

This past month provided an opportunity to regroup from the prospect of getting the book in “print mode” and to set some realistic target dates on getting the manuscript to the printer.  One thing that was zeroed in on is a cover for the book.  A draft was prepared several weeks ago; follow-up revisions have since been made.  This is our most likely cover until a Publisher says otherwise.  Being an egalitarian like my father, I opened it up to colleagues and friends for suggestions. This is what we have at present. I will make an offer for any of our readers: If you should have any suggestions that we incorporate into Final Book Cover you will receive a free Paper-back copy of “American Dreamer….” 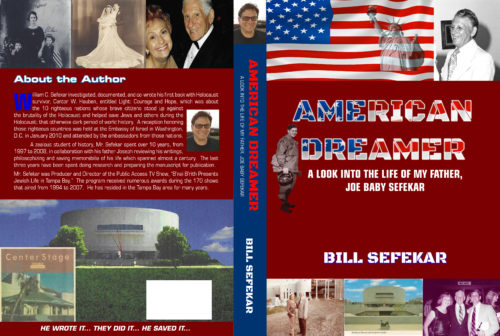 Another thing that followed me over the course of the last month was meeting up with this chap while giving blood.  I find out of all things that his name is Felix Baby.  With my trusty Samsung Smartphone which has been responsible for a great many of the photos that appear in the book.  This is another out of body experience.  It rivals meeting Thelma Joseph at a Hillsborough County Library “Meet the Author,” gathering last summer with the background of my folks appearing on the monitor on the table at the booth when you come she introduced herself. 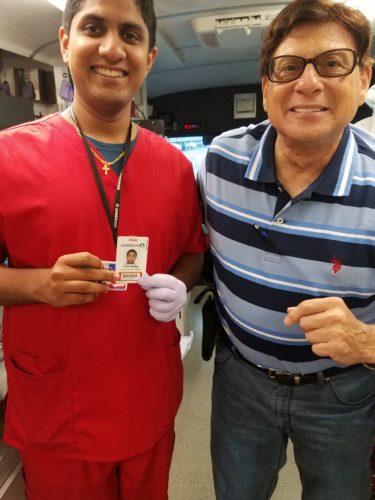 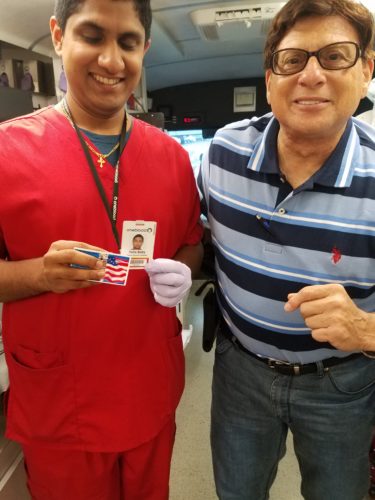 One of the most amazing things that transpired during the course of seeing this museum built as its administrator; this iconic landmark of the Arts on the Capital Mall, the Hirshhorn was completed and opened, October 1974. The following is a thumbnail sketch of over 7,000 painting and sculptures that our house. Please enjoy a sampling and hopefully will have a chance to enjoy it firsthand on a visit Washington DC.

In keeping with the attempt by my Dad to encapsulate 100 years of the 20th century, he kept excerpts from the St. Petersburg Times, which is now the Tampa Bay Times.  In September 1999 and 100 days prior to the new millennium in the year 2000, he carefully collected the daily printed “century countdown” culminating on December 31, 1999, with the year, 1999.  As presented earlier, each quarter-century has been posted on the blog.  This particular posting reflects on the third quarter from 1950’s to 1975. 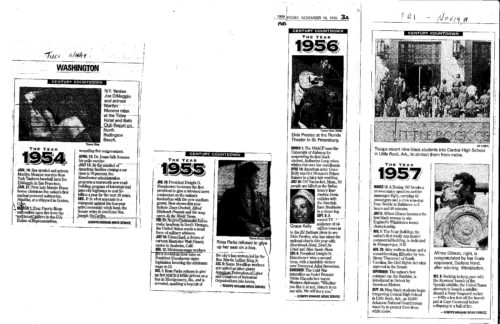 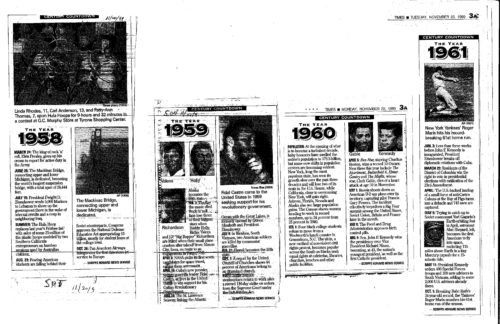 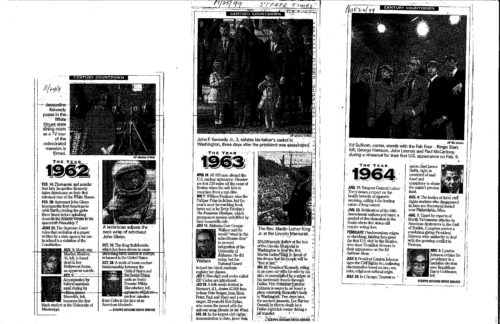 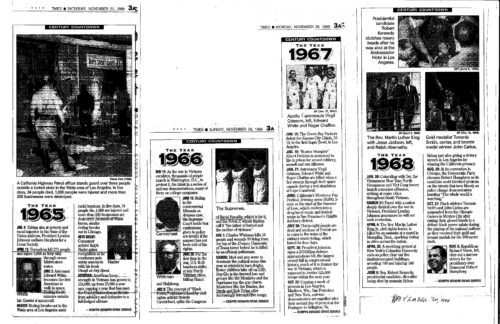 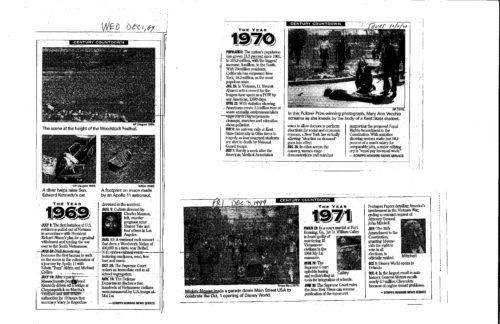 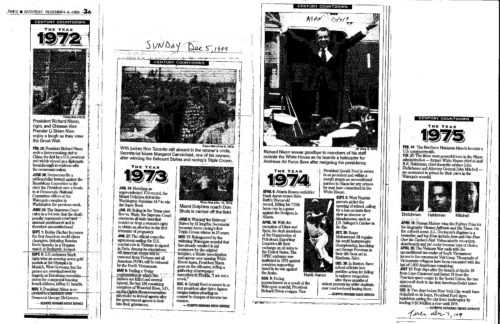 Thank you all for your support, it means a great deal and if you get some enjoyment and introspection this can be transcribed as a fitting testimonial for my father.

As an added feature for our readers and audience, we are also posting on twitter, @JoesLegacy and on Instagram, items that appear in the book and related matters.  We are still eliciting your comments and suggestions.  I hope to develop a running dialogue with you all, as many of you have provided us with comments that appear in the social media and we value that.  I try to get to them as much as I can with the help of my associates and do appreciate my valued followers.