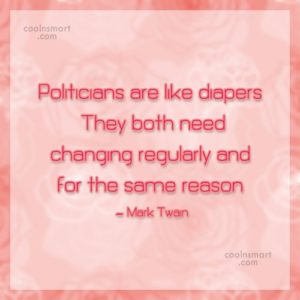 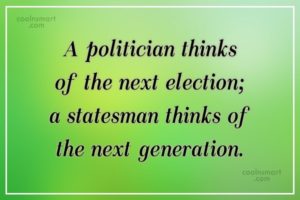 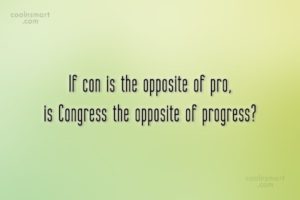 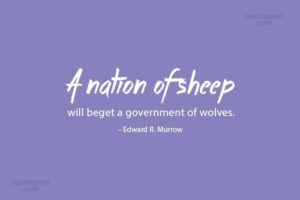 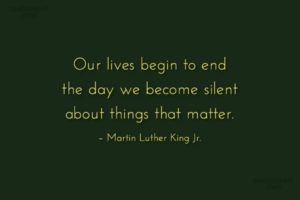 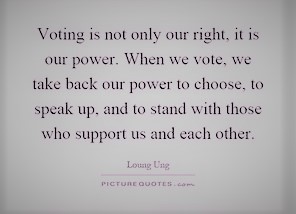 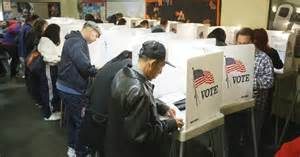 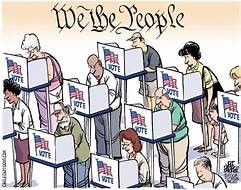 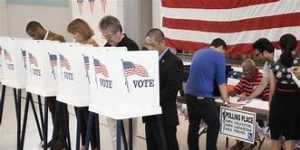 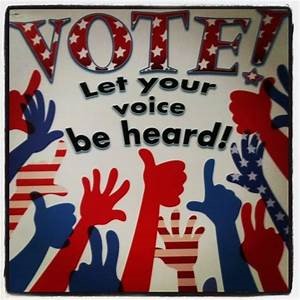 October is here and where are you. What do you see and what can you do.

There is not much time to make a difference. What you do now can bring about a major inference. The furtherance of the present or a concurrence for the future.

No need to complain, no need to explain,

Your silence could lead to violence.

There is so much good ahead of us. It takes energy to expound and expand, on what makes this country so grand. So don’t let it slip by, and then wonder why.

Be part of the plan, but it takes the effort of every woman and every man as part of this great land for all that we’ve done, as a Beacon of light that shines on EVERYONE.

It’s up to every one of You. This country needs your vote. Your vote counts to keep the red, white and blue,

Don’t neglect and let’s not detect that there’s an empty space next to your place.

When our country was founded, only a few were sounded.

Everyone votes now, so don’t become a sow.

THESE are the times that try men’s (and women’s) souls. The summer soldier and the sunshine patriot will, Shrink from the service of their country; but he that stands by it now, deserves the love and thanks of men and women.

These words were written 232 years ago, September 23, 1776 with the start of the American Revolution. In interpreting these words Paine uses the word “try” in this context in “the crisis,” he means something like “test.” In other words, he saying that the times they were living in were the times that tested men’s souls.… Paine is saying that these times are going to test people’s mettle.

Well folks, October is turning into November and were on the downhill slide putting 2018 to bed. So much is happening in my life, in my community’s life and the life of our country. We all know that the election is a week away and I fervently pray everyone gets out to vote with minimal voter suppression. This country has been based on moral values that have stood the test of time and particularly the last 229 years. So, I will wager that if things are done fairly and squarely versus falsely and squirrelly, we’ll see changes that are long overdue, and we can start the rebuilding and healing process.

I’ve been hoping to be positive and try to present some of the things that have transpired in the past month. However, it’s been tempered by the events and actions of the past week.

A lot of social media has erupted and I cannot in good conscience let it slither away. There’s a lot of parallels to political unrest that brings about scapegoats. As strong as the economy is supposed to be, there still is a groundswell of many people not finding jobs available at salaries commensurate with their experience, training and education. There are many disgruntled people out there that are not happy and many politicians will say just about anything let’s cross that out, just about anything politicians will say ANYTHING if they think it translates into votes.

Well, now that I said my piece.

Suffice it to say I’m making progress on what it is expected to be my third book as I’ve mentioned entitled: “It Worked 4 Me” I was planning to share episode 2 with you, but I don’t think the timing is right. I have also completed 2 episodes of my podcast: The American Dreamer Show which airs Thursday afternoon on The Spreaker.com network; https://www.spreaker.com/user/billsefekar. 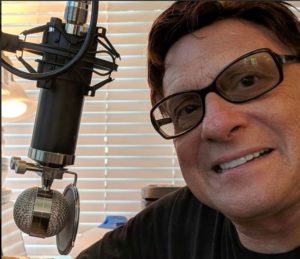 I’ve even included two guitar selections on each of the episodes with plans to continue in that vein.

It is obvious that people feel very strongly about their opinions and their political inclinations. It is important to speak out, to get involved of which I’ve tried to do and have seen more vocalized, radicalized and extremists that are on the other side of the political spectrum. The average citizen I found believes in this country, the democratic process and will do their basic civic duty by going to the polls and vote. But in the passage above from Thomas Paine, 243 years ago; “These are the times that try men’s Souls,” or as my Dad, Joseph Sefekar would like to say when things seem to be getting out of hand, “This is not business as usual.” We need to go that extra 1/2 mile, I’ll even settle for 1/4 mile, grin.

Our hearts and prayers go out to this community that is suffering but we have a bigger assignment that is start praying and getting out the vote for our country. I’ve been watching it on the “Fake News Channel. This my friend’s is how it all started. You have no respect, you’re not accountable and you spew lies. It may have started in Charlottesville. G-d forbid it doesn’t get any worse. 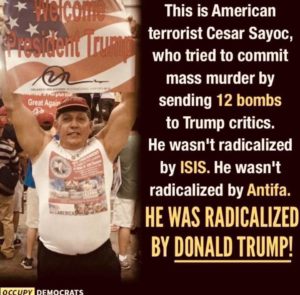 This is what we’re dealing with folks. This is not the America I’ve grown to love and cherish and do anything I can to keep it the loving and caring place where I’ve spent my life and a Beacon of Light for Humanity 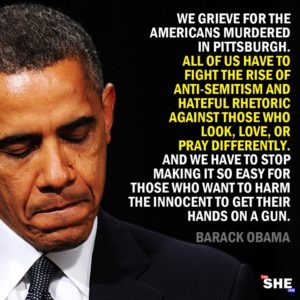 This is what a real president sounds like, One Who backs up his words!!! 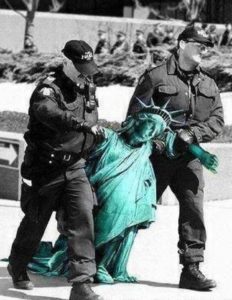 “Give me your tired, your poor,
Your huddled masses yearning to breathe free,
The wretched refuse of your teeming shore.
Send these, the homeless, tempest-tossed to me,
I lift my lamp beside the golden door!”

This not the time to sound off or espouse my own agenda. Therefore, I will be planning to prepare a part 2 November Newsletter in the next few weeks to elaborate on blog posts and podcasts.

In the mean-time, I trust and pray that we will have more and better things to feel good about. And as always would like to get your opinion which will be one of the objectives of expanding the social media outlets. Have a good month and G-d Speed, pray for the good Lord’s continued support as well as availing your support for this great country. Wouldn’t be nice if just about everyone could all come together hold hands and start the healing process!!

I was writing the above while digesting the troubling and horrific incidents unfolding before me. It is now sinking in, what I recently penned is magnified 10 fold.

Don’t know how many more of the bad one’s I can take. Not complaining it needs to be done and content I can do it. 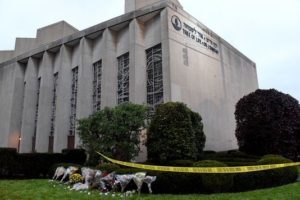 A heavily armed gunman opened fire during a baby-naming ceremony at a synagogue in Pittsburgh on Oct. 27, killing 11 people and injuring six in the deadliest anti-Semitic attack in recent American history. 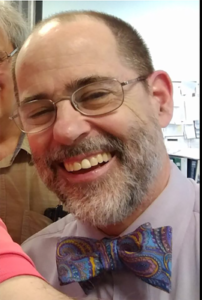 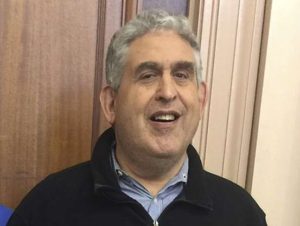 Rabinowitz, 66, was one of 11 people killed in the mass shooting at the synagogue when authorities say Robert Bowers opened fire during services Saturday. A married couple, two brothers and a 97-year-old woman were also among those who died.

A geriatrician and family physician from Edgewood Borough, Rabinowitz was remembered for his laughter and warmth. He is survived by his wife, Miri; mother, Sally; and brother, Bill.
“You know how they say there are people who just lighten up a room? You know that cliché about people whose laugh is infectious? That was Uncle Jerry,” Ostrin said. “It wasn’t a cliché. It was just his personality. His laughter, with his chest heaving up and down, with a huge smile on his face — that was Uncle Jerry.”
A former patient poured out his grief as well as his appreciation for the doctor who held his hand — literally — during the worst days of his life.
© Andrew Caballero-Reynolds Members and supporters of the Jewish community come together for a candlelight vigil, in remembrance of those who died earlier in the day during a shooting at the Tree of Life Synagogue in the Squirrel Hill neighborhood of Pittsburgh, in front of the White House in Washington on Oct. 27, 2018.
“How I wish I had reached out last year and told him I was ‘making it’ finally, and sent him a picture as proof,” Michael Kerr told NBC News. “You see, I went through many, many dark times.”
Kerr got to know Rabinowitz in the “old days” for those with HIV, before there was an effective treatment for the poorly understood disease that devastated a generation.
“He was the one to go to,” said Kerr, who was Rabinowitz’s patient until he left Pittsburgh for New York in 2004. “He was known in the community for keeping us alive the longest. He often held our hands (without rubber gloves) and always, always hugged us as we left his office.”
Colleagues shared similar memories of the doctor.
Dr. Ken Ciesielka, who went to college and medical school at the University of Pennsylvania with Rabinowitz, said he was “one of the finest people I’ve ever met.”
“He had a moral compass stronger than anyone I have ever known,” Ciesielka told the Pittsburgh Post-Gazette.
Augie Siriano, a caretaker at Tree of Life, remembered other victims he considered friends or even family.
Sylvan Simon, 86, and his wife, Bernice, 84, “were just the nicest people,” he told NBC News affiliate WPXI.
And siblings David and Cecil Rosenthal were “like brothers to me,” Siriano said.
“I was tying Cecil’s shoes and stuff because it was kind of hard for him,” the caretaker added.
An organization that provides residential and employment services to people with disabilities said in a statement it was “devastated at the loss” of the Rosenthal brothers.
“Cecil and David had a love for life and for those around them,” the ACHIEVA statement said. “Our collective hearts are heavy with sympathy.”
Richard Gottfried, another of the 11 victims, was a dentist who volunteered his services with Catholic Charities.
The 65-yer-old known to many as “Dr. Rich” was Debi Salvin’s twin, and Bonni Huffman’s “baby brother.”
“Growing up, he as the only boy, he had three sisters that he had to deal with,” Salvin said on “Today.” “It’s just unimaginable that somebody that was so full of life is gone in an instant.”
The gunman didn’t ambush Dr. Jerry Rabinowitz during prayers.
As the shooter stalked his victims in the Tree of Life synagoguein Pittsburgh, Rabinowitz rushed to help the wounded, according to his nephew Avishai Ostrin.
The price Rabinowitz paid for his compassion was his life.
“He was a doctor, a healer,” Ostrin said in a Facebook post Sunday. “When he heard shots he ran outside to try and see if anyone was hurt and needed a doctor.” He added: “That was Uncle Jerry, that’s just what he did.”oto: Sara C. Tobias, Newark Advocate, via USA TODAY Network) Photo: Sara C. Tobias, Newark Advocate, via USA TODAY Network) 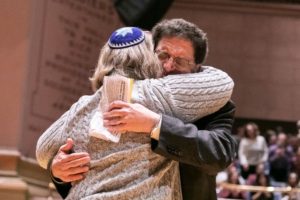 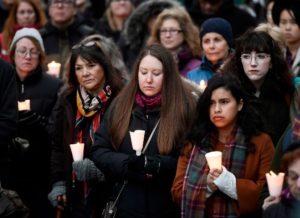 There were many pictures that emerged that showed a tightly knit Community venting their grief .    A great heartfelt outpouring  of Support for the community and City in an abundance of banners, posters and billboards.

At least 2,000 mourners packed the Soldiers and Sailors Memorial Hall in Pittsburgh on Sunday, and thousands more stood outside, for a vigil for the 11 people who were killed during Sabbath services at a synagogue the previous day. (Oct. 29) AP

Thanks again for your interest and wishing you all a great month ahead with Kindest Regards,  Holiday Cheer and Good Wonderous Ways