EXCERPTS FROM AMERICAN DREAMER: A LOOK INTO THE LIFE OF MY FATHER, JOE BABY REFLECTIONS PT. 2

How does a legacy start? It starts with keeping track of what might be considered mundane even insignificant things, letters to the editor, letters from friends, even at an early age job recommendations, pictures, documents. I guess Dad just had a penchant for keeping things organized and even though it skipped a generation, I still have kept it together which is remarkable in itself.

So once you’ve accumulated it, how do you keep it intact, that’s an amazing transformation literally and figuratively. From the Lower East Side of Manhattan to Canarsie, Brooklyn; the War years; Rose St.; Thames St., Brooklyn; Woodside, Queens; to Syosset, Long Island; Washington DC, Silver Spring, Maryland, and the final resting place or next to the final resting place 750 Helmsman Way, Palm Harbor Florida and then to my confines.

But the really Galactic Compilation that evolved into this book actually consists in two small portable cabinets that my Dad started 30 years ago. One was from “1917 to 1967” and the other little portable cabinet was from “1967 to the Present.” They had folders in them and we marked it up accordingly to reflect a little more subcategories years and chapters. I like to refer to this as the “Big Bang Theory” as each of these two small portables proliferated into what will be the American Dreamer: A Look into the Life of My Father, Joe baby, A Memorable story of a man on a mission; He Wrote It, They Did It. This is not to say that there weren’t hundreds of other folders and bigger cabinets and 40 photo albums to show you and eventually find its way into the “chapter cabinets” that would be used in writing the manuscript as well as putting meat on the bones as the expression applies. 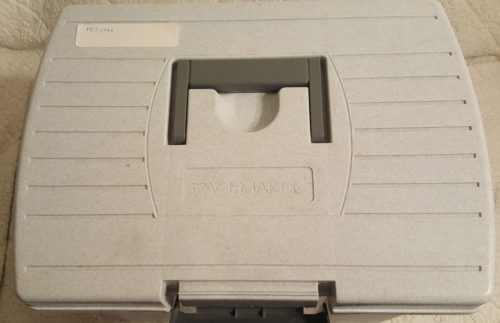 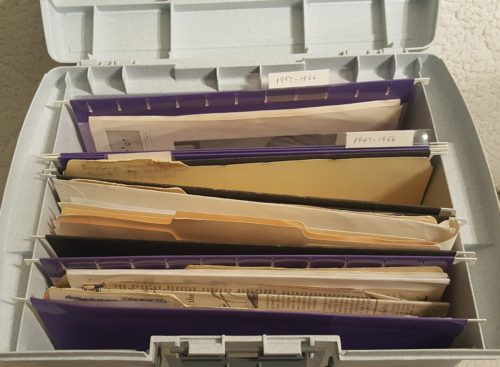 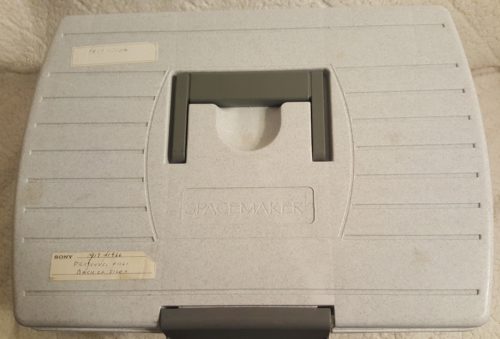 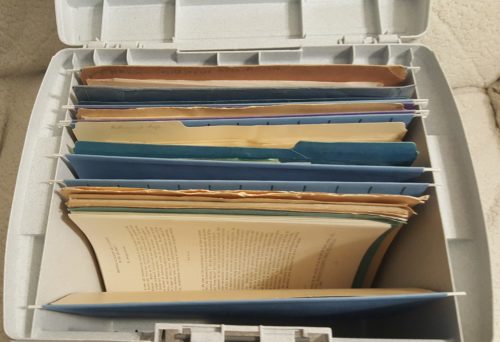 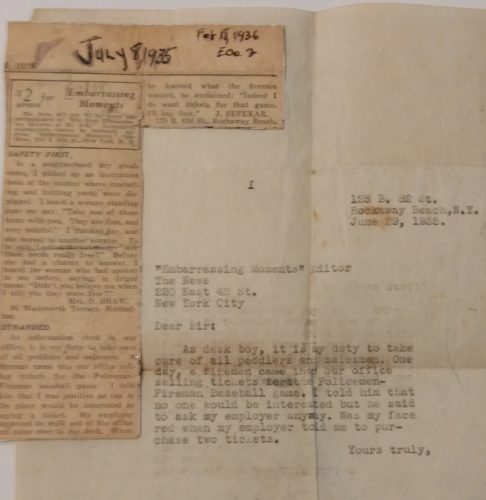 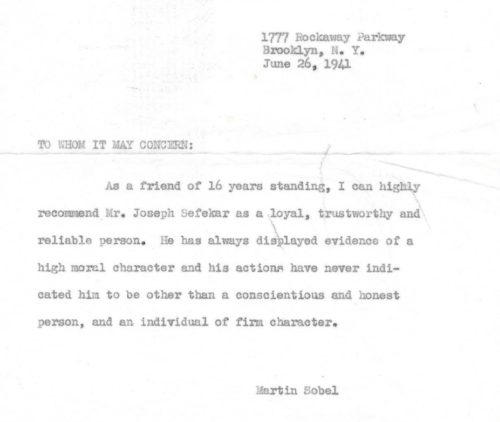 The collection of 40 photo albums and documents were located in a special place in their home. 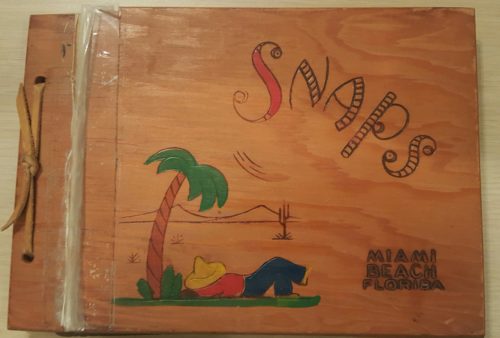 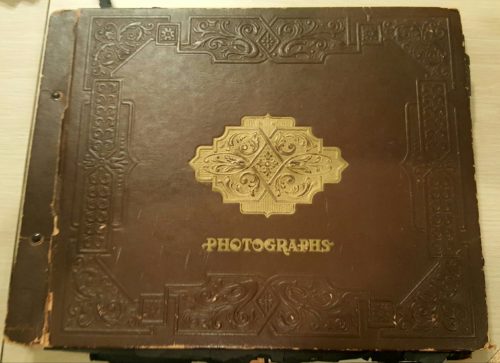 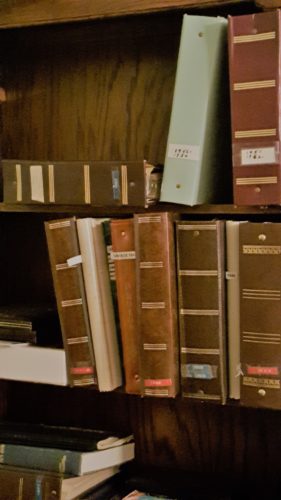 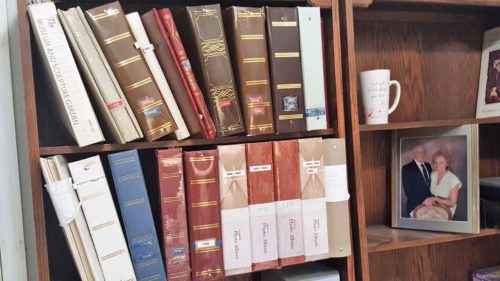 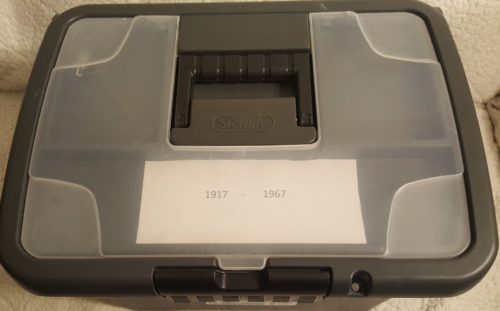 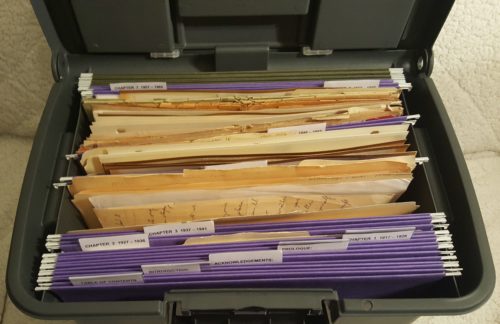 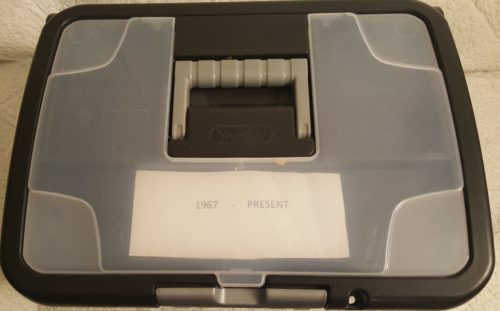 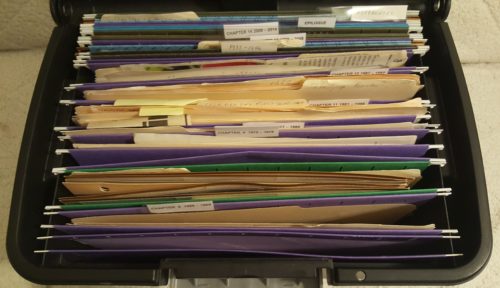 As was mentioned earlier during the period from 1997 to 2007 Joe baby and I transcribed the bulk of the notes and notepad’s that he had written and turned to be over 120 typed pages. Some of which have been included in the excerpts and some of which would then be transformed into a living document with the pictures and other artifacts and memorabilia. We will be happy to share the original written text. What makes this book so special is not only the writings that look into what it takes to make a satisfying life experience but Joe ALSO shares with the reader guideposts along the way that are worth taking under advisement.

Just two of these items are presented here:

In addition to the letters and letters sent to the editor on issues as a testament and monument to one man’s concerns and philosophy on life, i.e., perseverance. One such example of the hundreds of clippings, writings and shared experiences is a faded old piece of paper 2 1/2 inches by 1 1/2 inches that I carried with me in my wallet for a lifetime. Although frayed around the edges. It’s labeled, Reader Woodward’s pocket piece:

“Nothing in the world can take the place of persistence. Talent will not; nothing is more common than unsuccessful men with talent. Genius will not; unrewarded genius is almost a proverb. Education will not; the world is full of educated derelicts. Persistence and determination alone are omnipotent. The slogan ‘Press on,’ has solved and always will solve the problems of the human race.” – Calvin Coolidge. –Ed.

It was my Mantra that I carried with me throughout life and enduring its trials and tribulations. 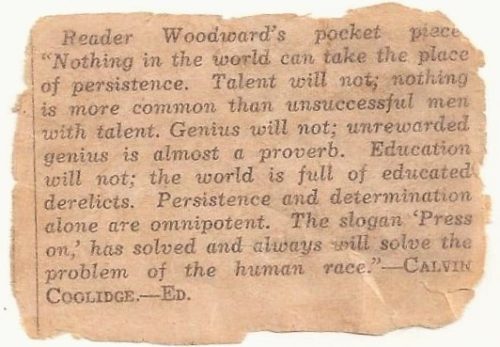 Figure #R.23 News clipping carried around by Joe Sefekar as a guidepost about Perseverance.

The second item appears later on when Joe Baby began his introspection on how can you capture in a life-time what is your purpose?  How do you create a lasting testament that shows your life had meaning and was useful and would be remembered not just for making the world better but also influencing the many lives you touched. One of the myriad of collectables is an 1997 article by John A. Cutter that appeared in the St. Petersburg Times about “Consider writing about your life’s legacy.”  By this time the pieces were already in place for Joe Sefekar to have accumulated much material and writings that are part of his legacy and has formed the basis for his story. 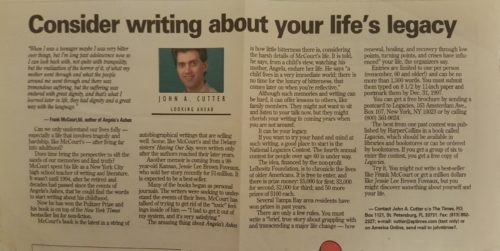 Figure #R.24 Article by John A. Cutter, “Consider writing about your life’s legacy.”

Good Day our trusty readers, as you can see from the posting, the opportunity is now available for pre-sale orders of the American Dreamer: A Look into the Life of My Father, Joe baby, A Memorable story of a man on a mission; He Wrote It, They Did It, He Saved It. Believing that this is a one-of-a-kind, or maybe a two-of-a-kind story, we are willing to offer the special pre-sale price of $36. At this point there are over 400 color pages, chock full of beautiful stories, words to live by, loving stories, war stories, peace stories. I wouldn’t say it’s things that you can take to the bank but maybe to the bank of life.  As I said, even though we don’t know exactly what the final price will be, once the book is printed IT MAY conceivably command a lot more than the $36 we ARE ENTERTAINING at this time. When considering color printing and other factors that go into the publishing price; this is a limited time offer. We will take orders of $36 for the hardcover copy that is autographed by the authors.

Some of which have been included in the excerpts and some of which would then it be transformed into a living document with the pictures and other artifacts and memorabilia. We will be happy to share the original written text.

In the upcoming Blog posts we will continue to provide readers the opportunity to take advantage of pre-sale purchases of the book and offer other incentives so that you can receive especially packaged first edition copies.