At this time in my life I had a chance to really immerse myself in some of the issues of the day; Healthcare, Social Security, government ineptitude and world affairs. I had time to philosophize and get off letters to local, state and federal officials and work on these projects with impunity. But reading was one of my fondest activities. I managed to catalog many of the articles, reports, filling my cabinets and honing in on sharpening my writer’s skills. They’re were so many opportunities to send off letters and this kept me very busy.

During this stage of my life I developed a strong affinity with not mincing words and used them in my arsenal to keep officials, newspapers at bay and act as a public ward. I certainly can’t provide you with a litany of my responses and diatribes but the next few chapters there will be some good examples. I wasn’t vindictive but tried to get straight to the point. I liked to mix humanistic approaches with humoristic approaches and found writers that did the same.

One of my favorite writers that I followed was Art Buchwald from Washington. Another I enjoyed was Mike Royko from the Midwest, out of Chicago. I was saddened to learn of his passing and managed to find sort of a Requiem of some of his highlighted columns that appeared in a May 1, 1997 editorial, “Opinion” which I’d love to share. Citing two entries, the first dealing with love: On Love, Chicago Sun-Times July 30, 1981.

“Nobody’s really sure what love is. Shrinks mess around trying to define it and just make it sound more complicated than it is. Poets, as neurotic as they are, do much better job.

I’m not sure what it is myself, except that it leaves you breathless, makes everything else seem unimportant and can cause you ecstasy, misery, and drive you crazy. And also drive you happy.

The other entry interestingly enough deals with the Internet. These were his reflections 20 years ago and very insightful even today. On the Internet, Chicago Tribune November 13, 1996.

“It’s been my policy to view the Internet not as an “information highway,” but as an electric asylum filled with babbling loonies.”

And trying to be a humanist I would save articles such as Ann Landers providing some insight in our day-to-day dealings with people and family. This article on “Teach Children to Love One Another,” was particularly valuable in sending a message as we were dealing with this in our own home with my son and daughter. Which is what most families appear to be going through. Bonnie and Billy when growing up as much as they got along seemed at times to have to be separated. This was specifically true on trips and not uncommon, one would be sitting in the front seat and the other in the backseat. I would like to share this with you and it maybe finds relevance in your situation.

Figure #12.16 Art Buchwald article about “How much this country meant.”

A third article as mentioned is from Art Buchwald that I had recently came across and had particular relevance in that when he wrote this for the Bicentennial 20 years ago in 1976, his father had passed away four years earlier. My father Jack, passed away about the same time six years instead of four. My family relished taking part in the 200th Anniversary Bicentennial of the United States of America at our nation’s capital Washington. This is the commentary as he relayed it pertaining to his father. It waxed true for my Dad and for me also about what this country has granted and meant, thank you Art.

The first two trips discussed in the beginning of this chapter were: our travel back to Europe as Thelma and I retraced my steps during World War II as part of the First Army Headquarters Rear Echelon. It was a wonderful trip and meant a lot to have her there. When I think about that we were just married and there had not been much of a marriage. And to have those dozens of letters from her and the dozens of letters that I sent during these three years that separated us during the start of our life together.

Second trip back wasn’t as anticipated. It was the trip up north to visit Thelma and my parents resting place as part of our religious tradition to “honor” our parents.

The third trip(s) appear to a merry-go-round of sorts as it seemed like the gift that just kept on giving. It started with the eight-day cruise to the Eastern Caribbean and Key West with our immediate family, my wife’s sister, Renee and some of our close friends that decided to join us for the fun. Then the anniversary celebration on the Anniversary Weekend at Clearwater Beach. And then culminating in a week at our ol’ honeymoon getaway down at Miami Beach with Thelma’s and my niece Sharon who lives in South Florida. The Montage unfolds: This Is How It All Started: 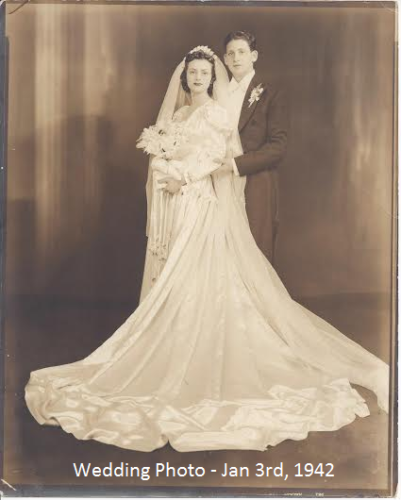 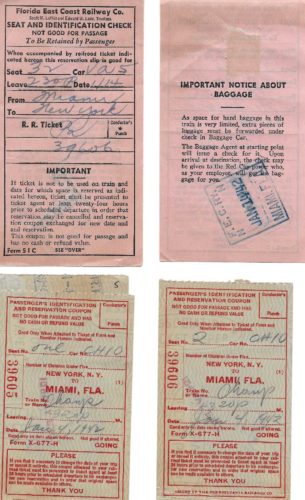 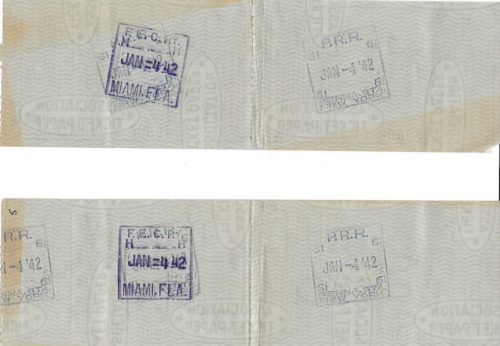 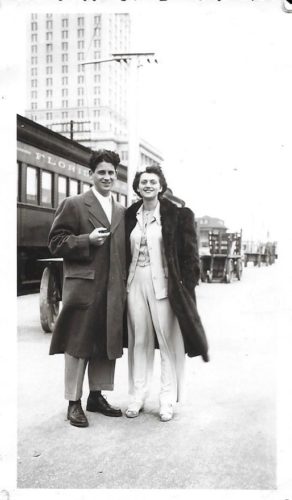 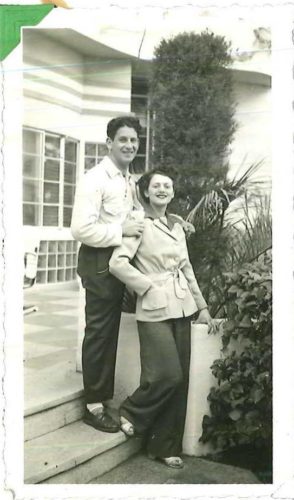 And it continued, continued and continued 50 years of marital bliss and then to visit back where it all began on our honeymoon at the Essex House. That weekend was so special as we were treated like royalty as was prearranged by my son to let them know about our exceptional occasion. It just so happened that the hotel had already planned some fireworks of their own as would you believe, the architect who designed the original edifice was there as part of the South Beach Art Deco Extravaganza. So with my niece Sharon “chaperoning us” it made for quite a Cinderella weekend. 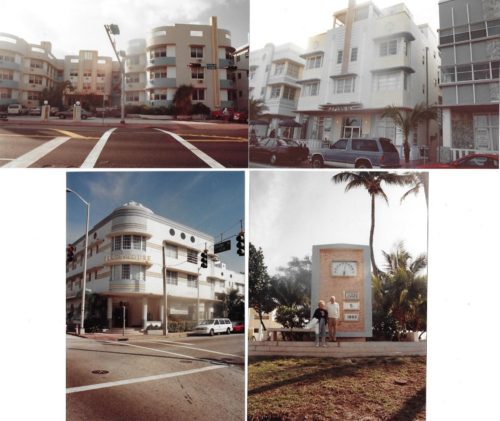 Some of the pictures of our weekend getaway to Miami Beach that began our life together 50 years earlier.

The cruise to “Paradise Island,” the Anniversary celebration on Clearwater Beach was stupendous and escape to our “Honeymoon Hotel” was like returning in time. Or as a take on one of the Star Trek series famous lines, “Beam us back, Scotty.” Thelma and I just beamed with all this outpouring of love and affection. 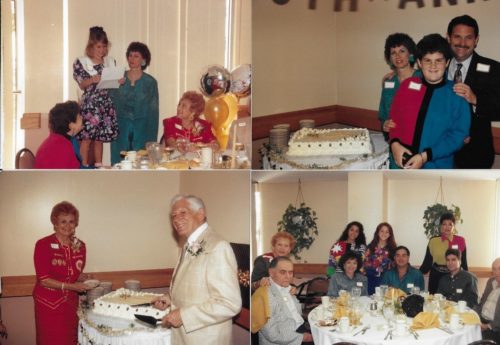 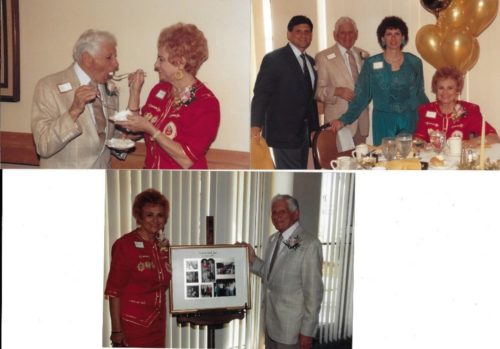 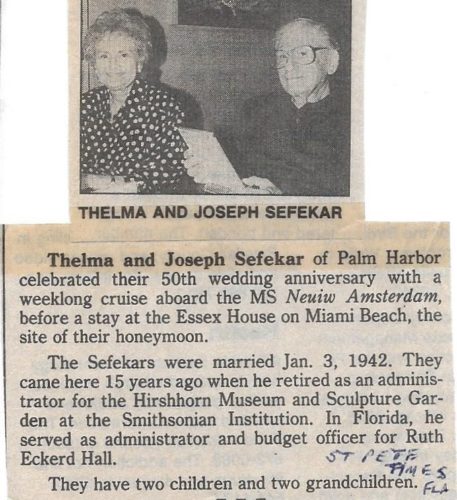 During the period of the 1990’s there were many 50 year recollections that were near and dear to me. One of the major opportunities in my life came about as a result of the G.I. Bill. It changed my life, and as the Parade edition of the St. Petersburg Times dated Sunday, August 4, 1996 so eloquently stated “It Changed The Life Of Our Nation.” As stated in the article, in 1946, millions of American veterans – matured by war, some bearing wounds, some married with children – – descended on college campuses. Some of the noteworthy beneficiaries of the G.I. Bill included George Schultz, former US Secretary of State, Johnny Carson, Wylie Selden college official, teachers, pharmacists, screenwriters, and of course doctors, lawyers. In closing, the article written by James Brady stated, ”The veterans knew the value of what a grateful country was doing for them. And it’s not an exaggeration to suggest that, for the rest of their lives, many have been giving something back. The G.I. Bill educated a warrior generation – men who ever since have been peacefully and constructively making this a better country.” Count me in on this, as its exactly what it meant to me and guided me. 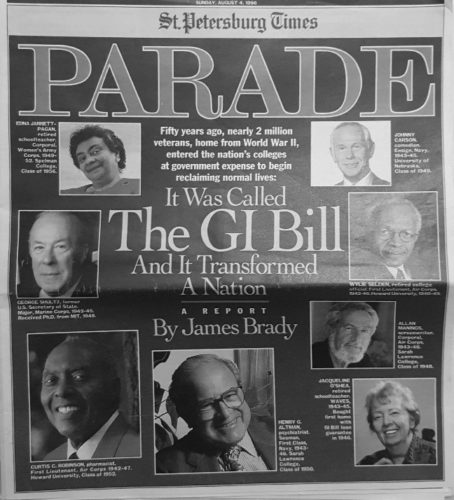 So after the celebration and festivities quieted down we got back to our old routine. Thelma had her groups such as ORT and Hadassah service organizations and the Brandeis women. I continued my work with B’nai B’rith (Children of the Covenant) service organization as treasurer. We were both active in our Temple B’nai Israel located in Clearwater as well as the JWV area chapter, Jewish War Veterans and Woman’s Auxiliary.

I did manage to set my sights on another project. While working as a volunteer at the newly opened East Lake High School not far from our home in Palm Harbor, I realized there was a need for a library in this part of town. What started off as a way of having a storefront in Oldsmar in an adjacent city; became an interim library. It certainly was insufficient to meet the needs of this burgeoning community. So working with the group of local citizens I offered my services trying to get some funding state monies for this worthwhile undertaking. We applied for state funds and it was readily accepted and construction of the library began in 1994 and 1995. A follow-up to this story will appear in the next addition of excerpts from the book. Future postings will include a number of my intrusions in the world of social and human issues of our time; some of the victories and some of the not so successes. 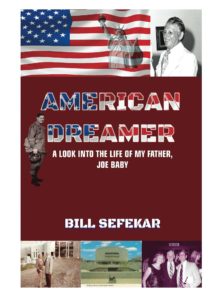 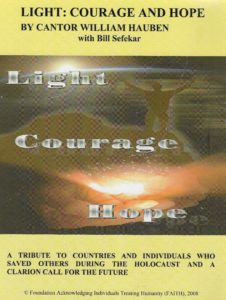