EXCERPTS FROM AMERICAN DREAMER: A LOOK INTO THE LIFE OF MY FATHER, JOE BABY POST-PRODUCTION PT. 4

POST-PRODUCTION – AN AMERICAN DREAMER: A LOOK INTO THE LIFE OF MY FATHER, JOE BABY, PT. 4

Welcome my dear friends and colleagues and interested parties. Like to clear up a few issues: One is that as you have probably figured out is that the blog postings have not been each week since the book has been completed a few months ago. I have touched on a few items that should add to your interest about getting familiar with “American Dreamer,” A book that’s going to be published next month or two and about the life of My Father, Joe baby.”

Because of the concentrated effort taking place in getting the book printed, what we decided was that there will be two postings each month, one at the beginning and the other in the middle. It will include some of the relevant material, a capsule summary of the highlights that appear in the book. And of interest, some of the appendices that will add to just how extensive was Joseph Sefekar’s attempt to keep pertinent documents, paraphernalia, memorabilia of his life. Along those lines we will share with you what I feel encapsulates what I just said. In this blog post I will show you some of the pertinent material from Chapter 6, “Moving to the ‘Burbs and Moving Up.”

“The Syosset years were filled with fulfilling the American dream; coming into my own and seeing my family develop and flourish. My daughter Bonnie Lynn was two years old when we moved to Syosset. She was always so cute and precious and we loved her dearly. Billy on the other hand was perfecting to become his nonstop, rambunctious self, always seeming to find something to get his hands into .

Thelma was always making sure the house would be very presentable. We were able to purchase new furniture among which we still have is the Thomasville dining set with even an armoire. Hundreds and hundreds of great dinners and family gatherings preceded us from Syosset, Maryland and then to Palm Harbor, Florida.” 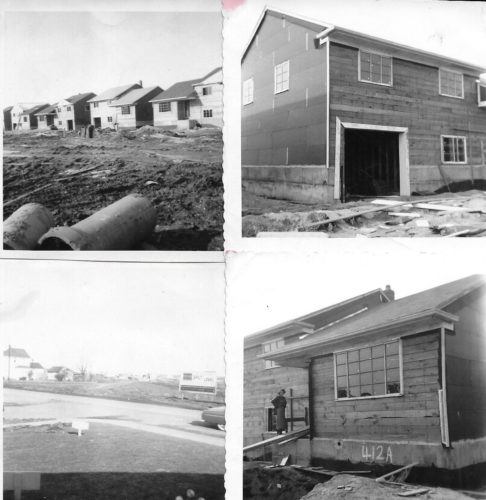 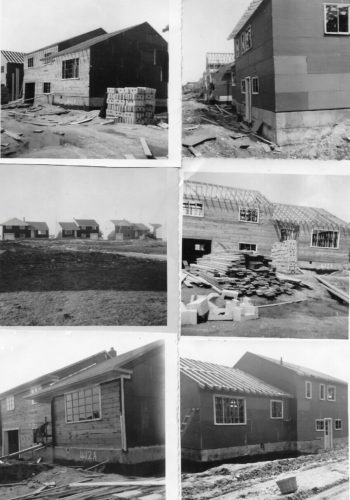 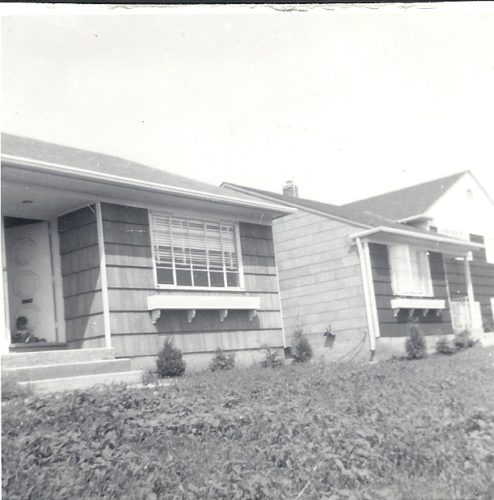 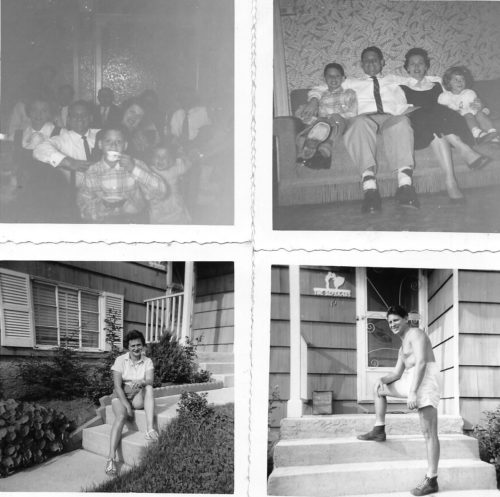 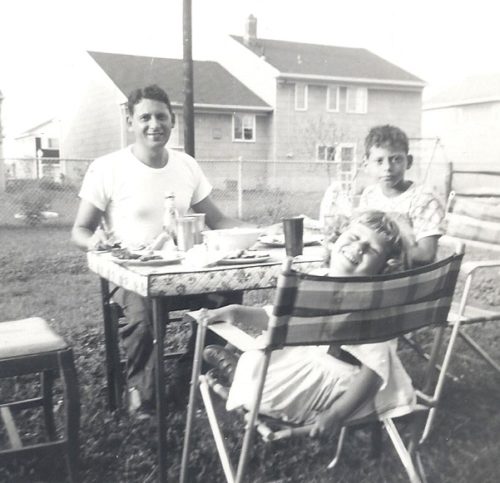 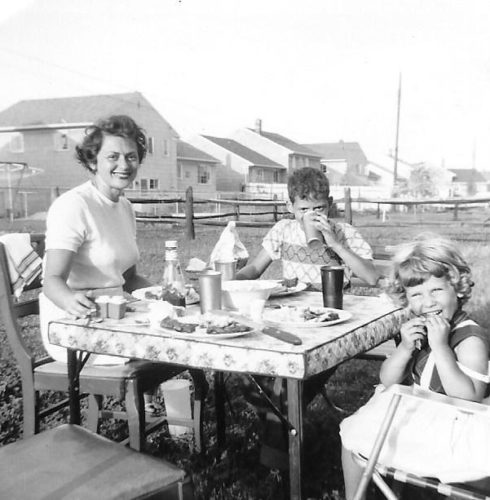 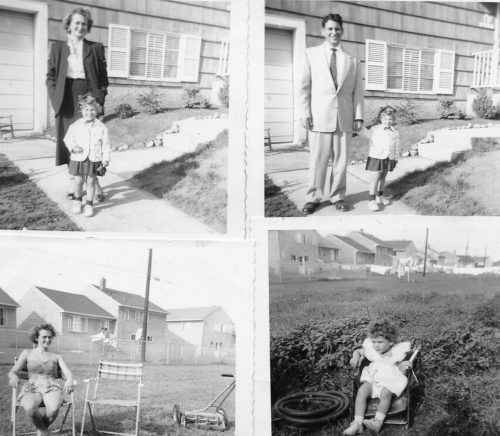 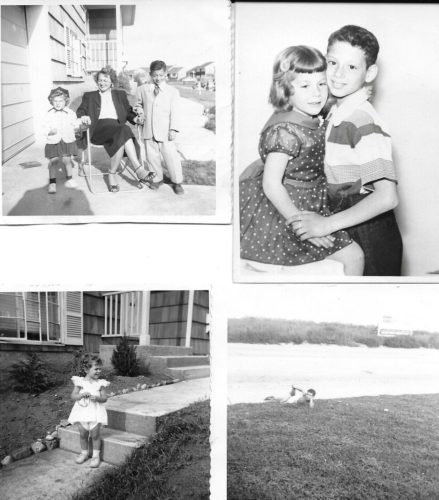 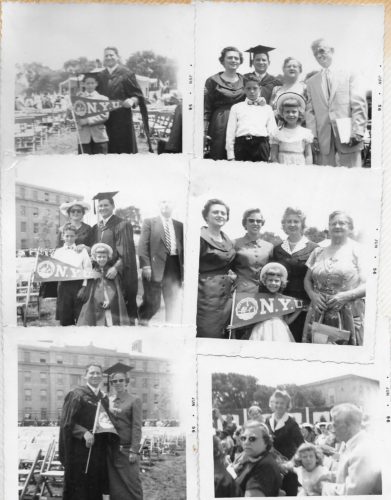 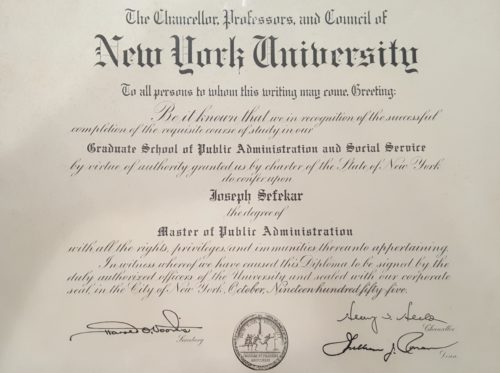 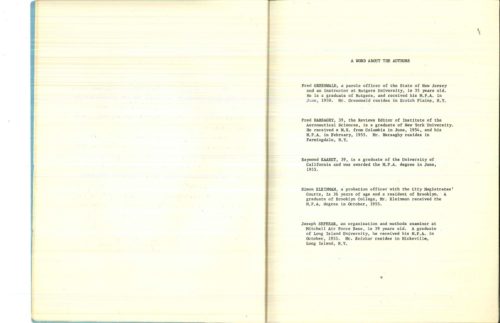 Figure # PP4.10 Master’s Dissertation on Manpower and the Air Force 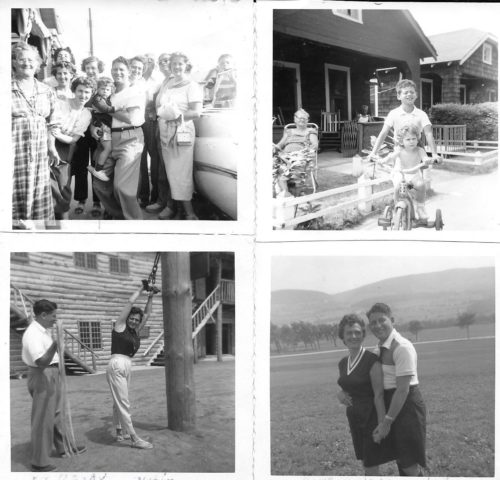 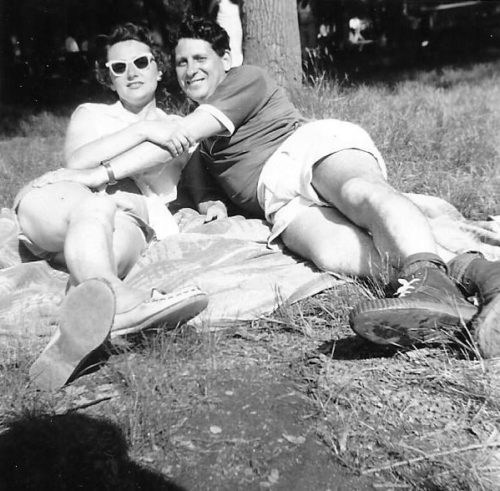 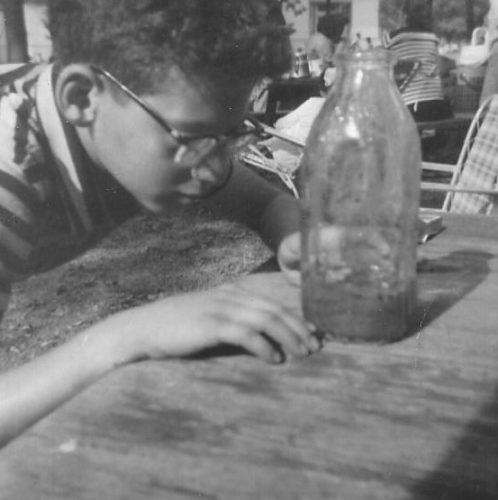 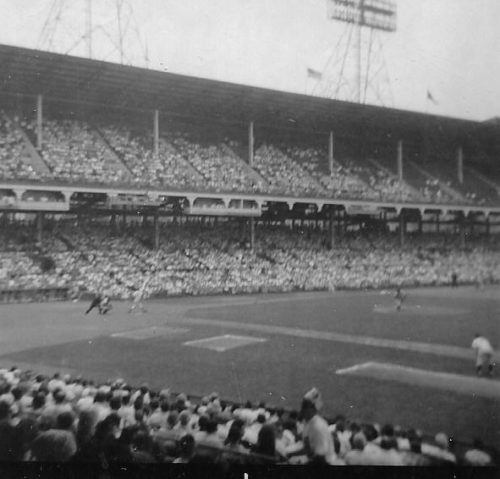 I found in Dad’s files a compilation as the old millennium was winding down and the new millennium was at our threshold. Copies of what appeared at that time in St. Petersburg Times; 100 days prior to January 1, 2000. A few of these articles have appeared in previous blog posts, capturing some of the major milestones that were part of Joe and Thelma Sefekar’s lives e.g., Dad’s Birth Year 1917 of Thelma’s Birth Year in 1920, their marriage in 1942, birth of their children, opening of the Hirshhorn Museum and Ruth Eckerd Hall, just to mention a few.

I would like to thank Tim Rozgonyi, Licensing and Research Editor of the Tampa Bay Times who has agreed to allow these excerpts, articles to appear in the Blog and as well as the forthcoming book and subsequent appendices.

Joe Sefekar meticulously cut out each of these years starting on September 23, 1999 and for the next hundred days. What I have done was make sure that they were clipped and appear three or four years on the page. I also figured in the next four blog postings to have a few of these pages in quarter-century increments. There are 15 years not included, but the rest of the century is fully accounted for. Starting with 1901 and then the appearance of 1916 when his parents Jack and Jenny and older sister Lucy arrived from Greece to the welcoming arms of Miss Liberty. They arrived at Ellis Island on October 16, 1916. Dad was born five months later, on February 20, 1917 in lower Manhattan as you might recall from previous posts. 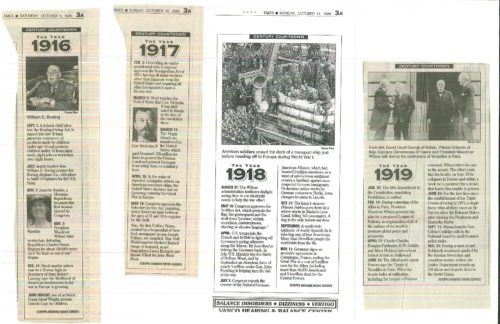 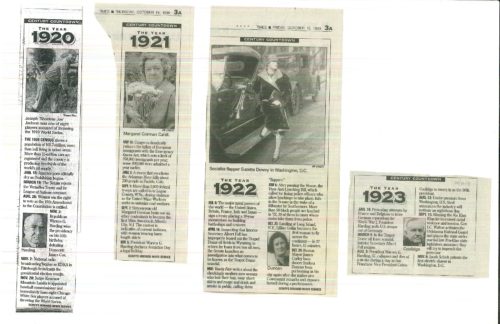 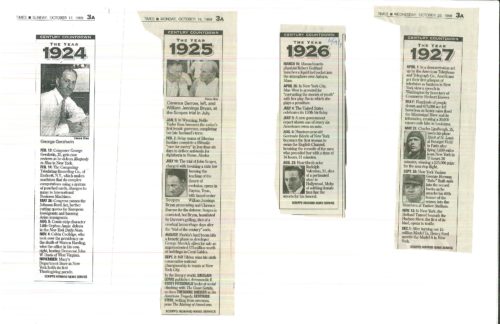 When writing the book with Dad, one of his quips were about the title. His thought, wouldn’t it be a nice eye-opener and a good title for the book,  “Conceived on the High Seas and Received in the US of A.” That my dear friends is a little sample of Joe Sefekar’s approach with his wry sense of humor was apt to always bring out a smile to your face. As you noticed that is not the title of the book, although it is may wind up to be if and when considered by the power’s to be that they should think otherwise.

So again, let me remind you all, that the blog postings will be twice a month at the beginning and in the middle of the month. We will try to provide you with updates on the publishing and other interesting tidbits. Such was the case as I thought it necessary to apprise readers and concerned parties about my dear friend Dr. Hank Koren’s, all-encompassing book about Environmental and Public Health. This compendium by experts, outlines ways to minimize pollution for technocrats and every day citizens alike and what we need to address to keep our planet in tip – top shape, thank you.