EXCERPTS FROM AN AMERICAN DREAMER: A LOOK INTO THE LIFE OF MY FATHER, JOE BABY PT.1

Well Howdy folks we’re turning the corner getting into the final activities here in Florida of getting this story to come to life and that should bring about some exciting twists and turns. There is a very wonderful group of people I’ve been fortunate enough to work with to help me and I wanna share with you these very important people who have been an integral part of making a book, a lifetime of words in the form of a draft and then to the blog postings. I’ll talk about the intricacies about getting this done and now impart to you how these very talented people with their permission and relate how we’re coming to a very interesting phase involving networking, contacting people in the publishing field as I begin embarking and I do mean embarking on this “voyage”.  This voyage “cruise” starts with a Press Release on Friday, November 11, 2016 with the announcement of “Pre-Sale Order” and a scheduled “Book Release” Date of February 14, 2017. 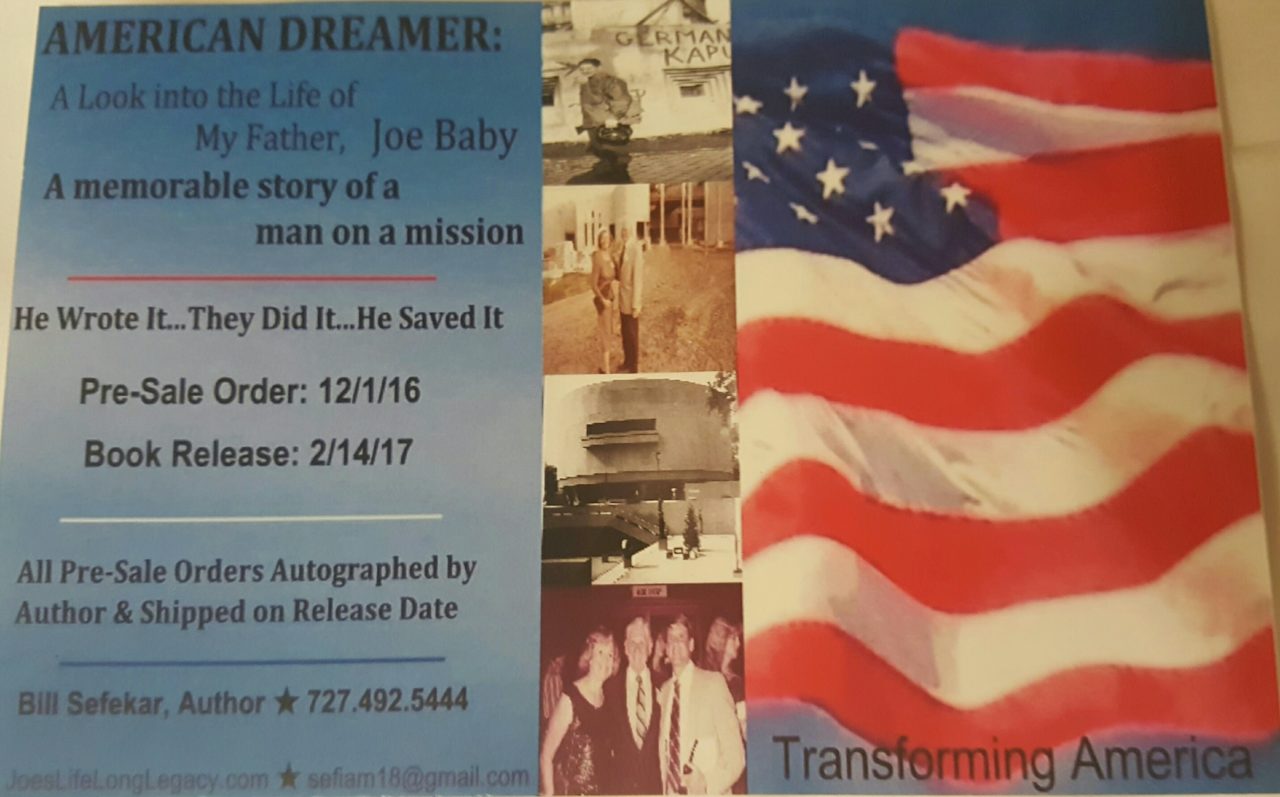 Figure #PS.1 Postcard from the Bridge of the up-coming Book Release

The actual Cruise is scheduled for this Saturday, November 12th. I’ll be with the TCM group, Turner Classic Movies as they debark from Port Canaveral, Florida and take us on an eight-day cruise in the Eastern Caribbean and the reasons I signed up on the for this is that it says it in the stars; OK so Movie Stars!! One of the movie stars and personalities that I have the highest regard for in the first order of magnitude is Mr. Jerry Lewis. Jerry Lewis who most of us have known and loved in his comedic roles and humanitarian roles with MS, Muscular Dystrophy. Every Labor Day weekend you would find him with his “Kids” on the MS Telethon; raising money for finding a cure.

Leslie Carón one of my favorite actresses from the delightful musical “Gigi” and then also in “An American in Paris” with Gene Kelly. And then Kim Novak whose head turning career in her own right. Mitzi Gaynor famous for her roles in dancing and musicals was unable to be there but Michael York filled in for her. Mr. York was one of the all-time swashbuckler, actors in his time. He starred in the “Three Musketeers”.

This will make for quite an event for the next eight days and in itself is so exciting as I think it should be fun to share some of this with you. Who knows what can happen with this adventure on the high seas especially seeing Alex Tribek walking around on the deck of this Disney Cruise with the great talk show host, Dick Cavett. Can’t wait to meet Ben Mankiewicz, the host of TCM and Lucie Arnaz, daughter of the famous Icon, Lucille Ball. 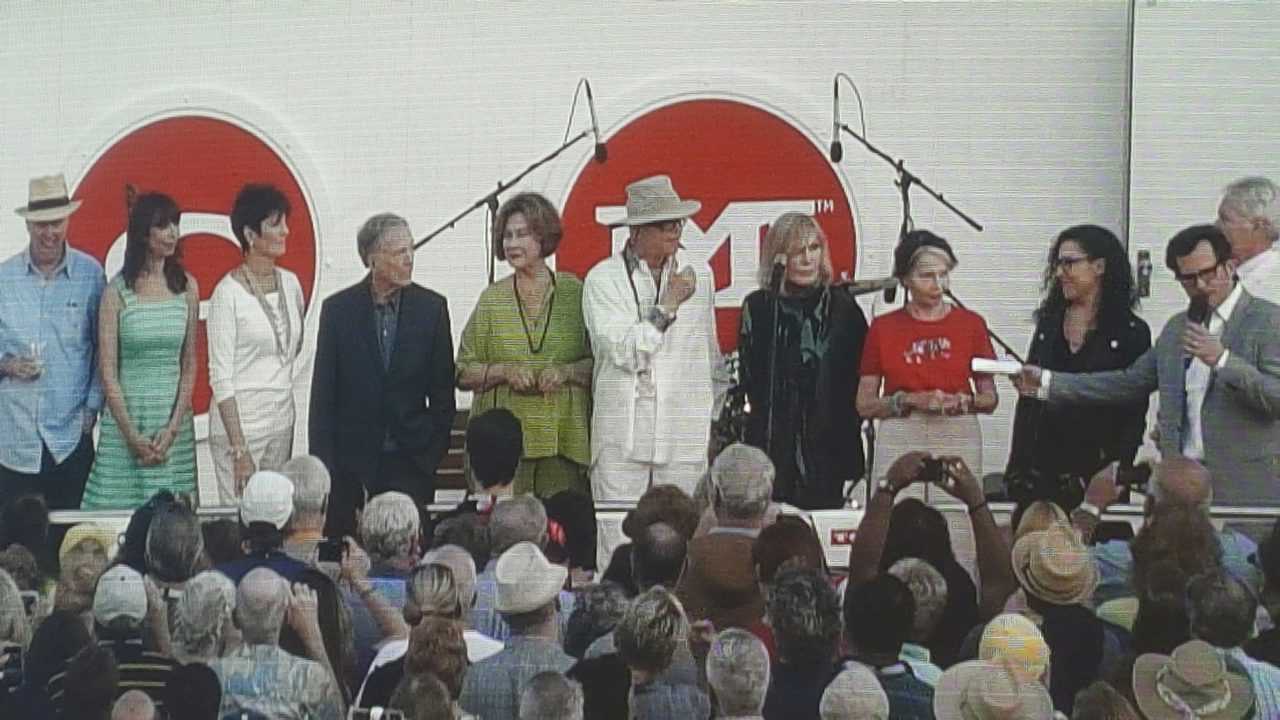 So, stay tune as we try to distribute the new calling cards that I have worked up with our team to give you an idea about the book release, book postings and look for the heartfelt printing of the “American Dreamer: A Look into the Life of My Father, Joe Baby. A memorable story of a man on a mission.” I hope the appeal continues as in the past 9 months as well as your interest. God bless everyone. Keep an eye on this country while I’m away. We need all the help we can get – from above as well as here on earth.

It is great that I’m going on this cruise with TCM – Turner Classic Movies, But I’m also living up to the hype of “He Wrote It… They Did It… He Saved It. Would you believe, here is a postcard; it’s almost 20 years old, April 22, 1997 from Atlanta, Georgia. It is from Turner Classic Movies addressed to none other than Mr. Joe Sefekar thanking him for a letter expressing interest in TCM as his usual way of writing something, doing something to make a difference. In this case some ideas that were forwarded to their Programming Department. They in turn sent the card to please “look for your suggestions in upcoming months on TCM.” 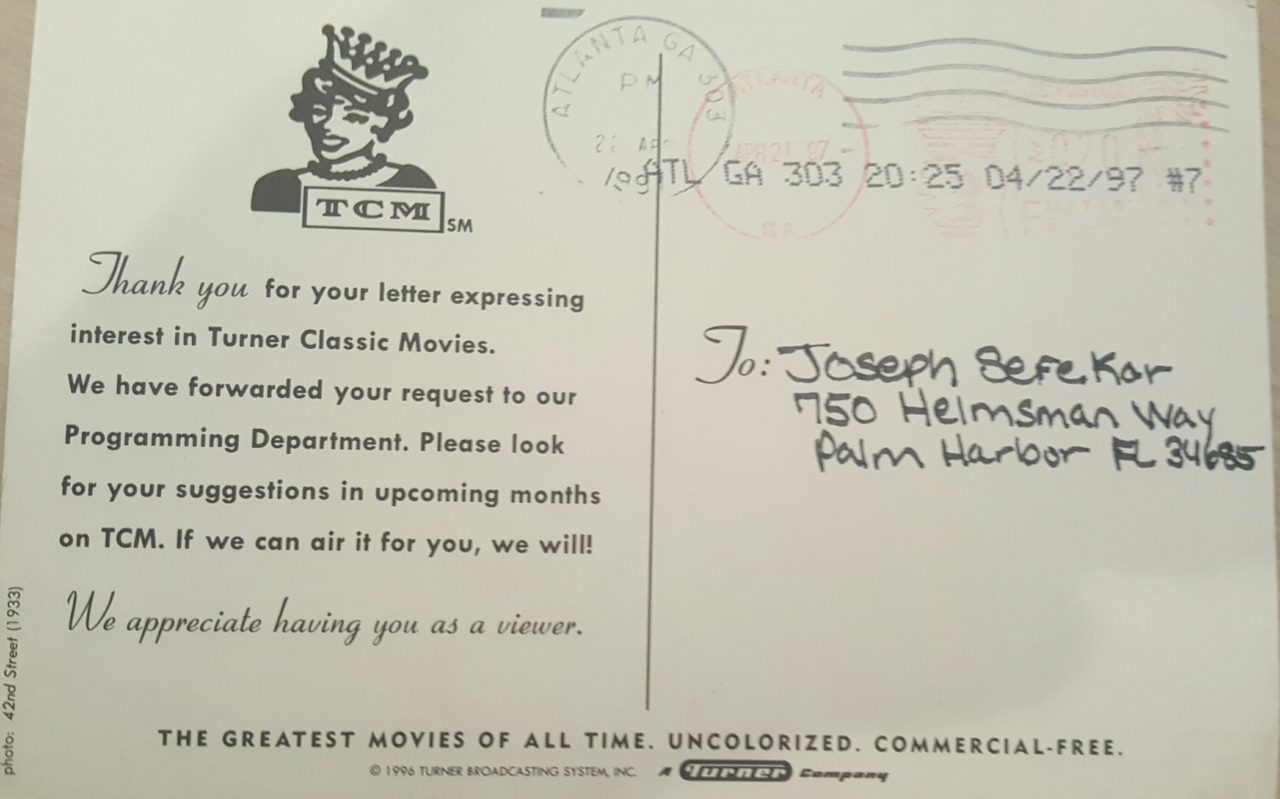 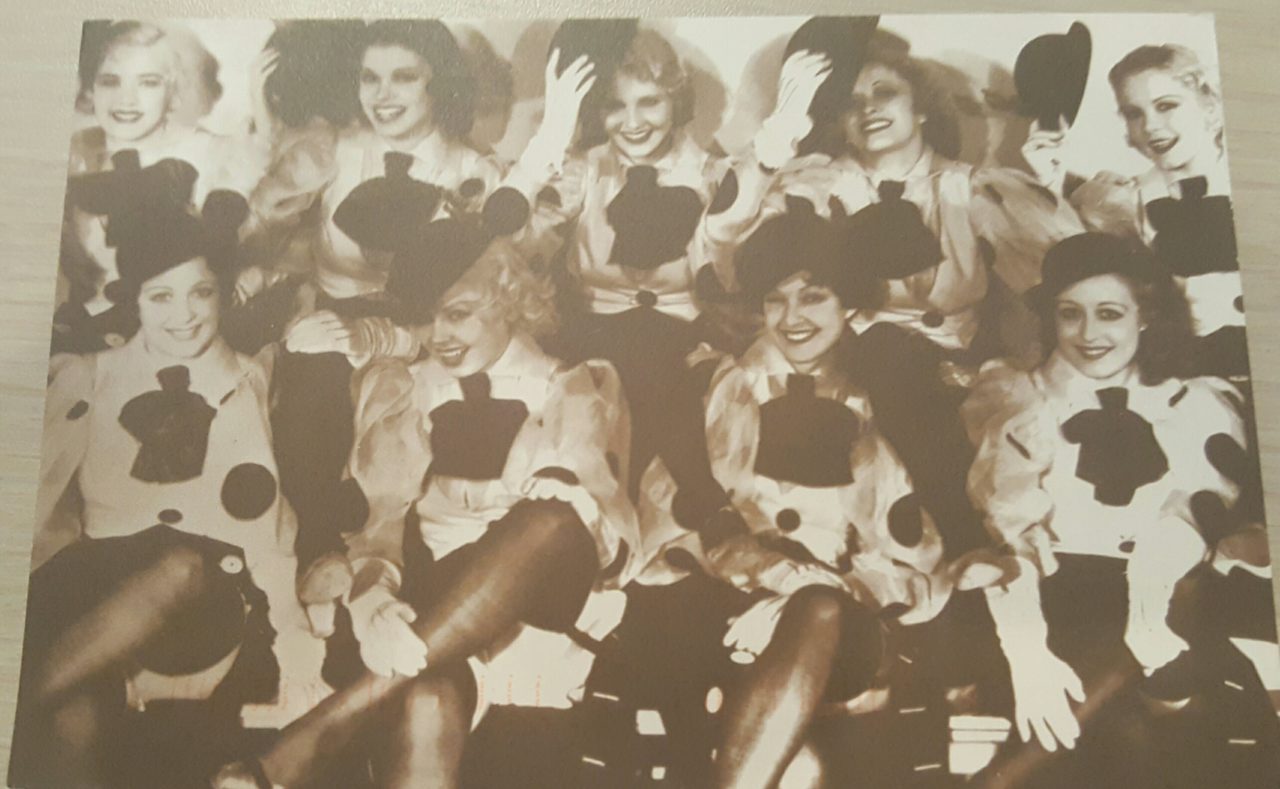 Figure #PS.3 and #PS.4 Postcard from TCM on response from letter sent by Joseph Sefekar

So, it gives me great pleasure to keep these tidbits continuing, Lord knows there are dozens and dozens that you will see even if there isn’t enough room that can be squeezed into the manuscript. At least hopefully it continues to be entertaining. It will offer you an original way of seeing that the extra time and effort to build on keeping one’s mind and interest in a constant state of flux is not too terribly taxing but can pay off in big dividends for relatives, love-ones and friends in the here-and-now and for the future.

I would like to extend my deepest appreciation to Ms. Anca  Maria for helping me to get the blog ready for posting while out to sea. It takes on a whole new technological approach in using the internet and she was glad to assist me.
We will appreciate your continued support. if you shared this so far you can see “That’s Entertainment.” The blog posting for this week strays a little from the straight and narrow but we always maintain a concerted effort; it will continue to surprise and inform.

One thought on “POSTSCRIPT: AN AMERICAN DREAMER: A LOOK INTO THE LIFE OF MY FATHER, JOE BABY PT. 1”